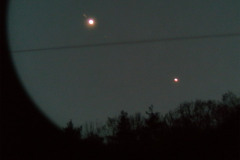 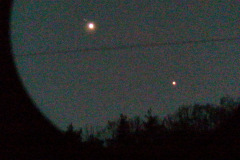 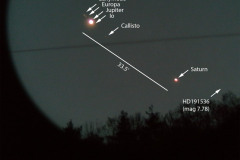 Yesterday night, before going to bed, I took a brief look at the night sky. Fortunately, the forecast clouds did not yet appear. So I took my binoculars and went up to the top most window of my condo’s stair case, which is facing north.
I could not spot the comet with my bare eyes. Though with binoculars, the comet was a pleasant sight, even though it was low in the suburban light polluted sky. At this moment, the comet was a mere 5.5 degrees above the horizon.

So I rushed back down the stairs and grabbed my camera and a tripod. I intentionally did not use one of my tracking mounts, as I expected the comet to reach the adjacent roof top within a short period of time.
Within a few minutes I could capture a set of images to process. Here are the results, all captured with Sony A99-ii and 70-200mm/f2.8 tele lens at 200mm: 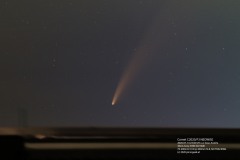 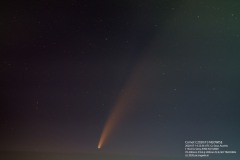 It is obvious that the 30x4s ISO1600 exposures are far better in noise than the 115×2.5s ISO12800 exposures. Apart from that (ignore the color cast and gradients, which result from bad calibration data), a lot of information may be pulled from the stacked images.

This years best view of a comet has finally been visible in my region. Weather conditions have been really favorable for a night time spectacle.
Combined with the setting across my home town Graz, viewing from top of Plabutsch (located at the eastern edge of Graz) permitted the comet to rise exactly next to the 2 antennas on the mountain top of Schöckl in 14km distance.

See how remarkably bright the comet is in the wider angle image below. This image was taken with a mobile phone camera! And the comet is clearly visible!

The timelapse video shows the comet rising at 02:38 CEST until mid of nautic twilight at 03:54 CEST. See the amazing pattern of the noctilucent clouds going in waves! 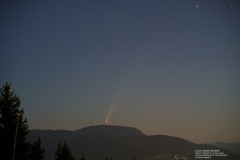 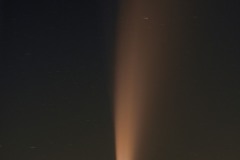 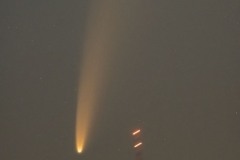 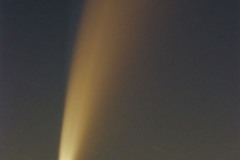 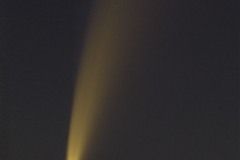 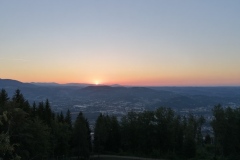 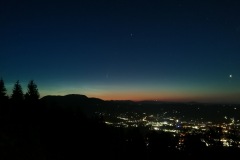 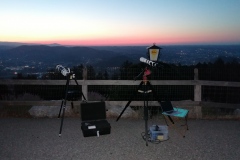 Last night, before Comet C2020/F3 NEOWISE rose above the horizon, I created a timelapse with the moon rising over Graz. The first minutes with a deep red moon were amazing 🙂 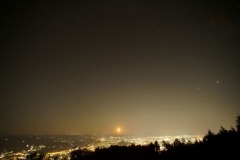 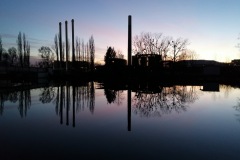 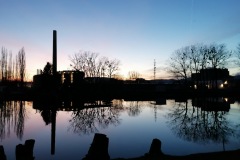 Graz is a town, having still a city center with a lot of its original medieval flair. One of the best places to watch a sunset is on top of Schlossberg. There you may find Uhrturm (the clock tower). This landmark may be seen from most parts of the town. This is how it looks like: 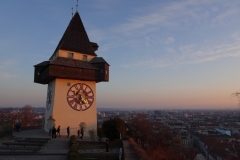 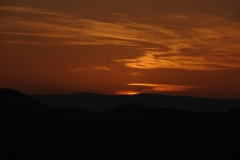 On a wonderful day with blue skies I took my (newly) modified full spectrum camera to Schlossberg in downtown Graz. All images shot with a 720nm infrared filter attached to the lens… 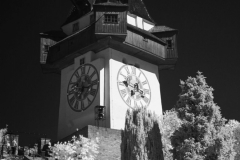 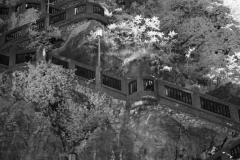 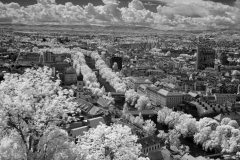 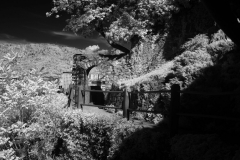 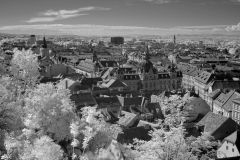